'Alis volat Propriis' temporary tattoo, latin phrase that translates to "One flies with one's own wings" or "It flies with its own wings".

The phrase is used as the motto of U.S. state of Oregon, which the official English version of the motto is "she flies with her own wings", even if the feminine pronoun in the Latin sentences is often omitted and the verb form is not inflected for gender. Short and sharp quotes like this one work really well as tats.

All humans have the drive to be free and express themselves without caring about the outcome. For centuries, poets, musicians, and other artists have compared the feeling of freedom to that of a bird soaring through the sky. Our Alis Volat Propriis temporary tattoo pays tribute to this feeling because it literally means “she flies with her own wings” in Latin.

While the subject of this particular phrase is feminine, Alis Volat Propriis is an ancient saying that many historians relate to freedom. Our ecological Alis Volat Propriis temporary tattoo is an ideal option for individuals that want to celebrate their freedom as well as their identity while also respecting our heritage as human beings. Printed and packaged using recyclable materials, this temporary piece also features non-toxic, plant-based ink.

Used as a motto by cities, sports clubs, and other entities, the phrase Alis Volat Propriis is now part of our identity as humans. It’s common to hear these words whenever a group of people faces an obstacle that they have to overcome by relying on those around them. It is here, while fighting for our own brand of freedom, where the phrase Alis Volat Propriis has the most impact.

Looking for a design that represents the freedom and power that we are all entitled to? Our Alis Volat Propriis temporary tattoo may be the one for you.

Small Tattoos last on average 3-7 days. We suggest placing on oil-free areas where skin does not stretch and keep them clean!

We suggest placing your waterproof Small Tattoos on oil-free areas where skin does not stretch and keep them clean. It will last longer if it is applied to a part of your body that doesn’t rub against straps or clothing. Do not apply near eyes or on sensitive skin.

Thank you for submitting a review!

Your input is very much appreciated. Share it with your friends so they can enjoy it too!

DE
Fun for those who aren't into commitment

These last for over a week, and hold up well. They are fun for an occasion or even to try out a tattoo in a certain area to see how you like it. This is my state motto so I could not pass it up.

US
So much fun!

I would never get inked in real life but these are super fun to play with. I wish shipping didn't take so long, but other than that, I highly recommend. 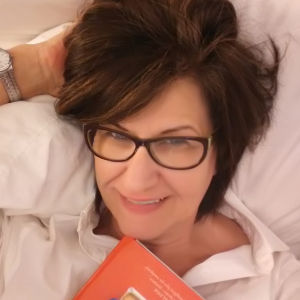 I wore this little gem at the base of my neck and I enjoyed friends coming and asking what it meant. A real conversation started. This one also lasted longer than expected.

Covid slowed the mailing process but the product was great and the packaging was delightful.